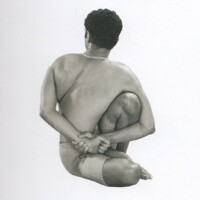 This is an interesting question because there is a perceived dichotomy between yogasana being relaxing and Ashtanga being physically demanding. More important, however, is the realisation that once immersed in the practice, the challenge of finding relaxation amidst exertion becomes a realisable goal of meditation in motion.

Frankly, I have no idea what brought me to my first Ashtanga class. I had heard a bit about it from my Iyengar teacher who once told me that I’d never be any good at Ashtanga because I faff around too much, referring to my wiping myself down with my hand towel perhaps a little too often. Maybe without realising it, I was ready for it, and my subconscious gave me the cues to nudge me in the right direction. In any case, a few weeks after I’d picked up a flyer for Mysore style Ashtanga from somewhere, I arrived to practice at 6 am (VERY unlike me, not being a morning person).

After the class, I knew I was hooked, and there was no turning back. But what kind of nefarious subterfuge was it that ensnared me? I think it was that unlike any other asana class that I’d been to, Ashtanga is a masterfully orchestrated sequence of asana and vinyasa. Guruji (Sri K. Pattabhi Jois, the founder of the Ashtanga style) refers to the Ashtanga practice as a mala, a garland of yoga, in which each vinyasa is like a sacred bead to be counted and focused on, and each asana is like a flower strung on the thread of the breath.

Ashtanga yoga is consists of six series: primary, intermediate and four advanced series, each with a prescribed sequence of poses. Each of the six series begins with five repetitions of Surya Namaskara A, five repetitions of Surya Namaskara B and the standing sequence. The series sequence is then performed and completed with the finishing sequence.

Vinyasa is a system of breath and movement that causes internal cleansing by heating and thinning the blood, allowing it to circulate more freely and remove impurities from muscles and organs. The sweat produced by vinyasa is another way in which toxins are removed, and the body is purified.

Unlike many other styles of yoga, Ashtanga yoga focuses the practitioner on Tristhana, which is a powerful tool to draw the attention away from the external and towards an internal experience. The three elements of Tristhana are the posture or asana, the ujjayi breath and the point of focus or drishti. Each asana is connected by transitional vinyasas to form a continuous flowing sequence which is synchronised with deep ujjayi-coloured inhalations and exhalations, while the gaze is focused on specific points or drishti such as the thumbs, toes or tip of the nose. These elements unite to make the practice a meditation in motion.

The Primary series is called Yoga Chikitsa, which is translated as yoga therapy because of the cleansing and toning effect it has on the body and mind. There is a relatively steep learning curve in which the practitioner progressively commits the asana sequence to memory. The primary series has a strong focus on forward bends, twists and hip openers. Physically, the primary series cultivates strength and flexibility. Mentally, it challenges the practitioner to question their paradigms and overcome mental obstacles. Subtly, it clears the energy channels or Nadis of blockages, allowing Prana or the life force to flow freely, which in turn improves physical and mental function.

The Intermediate Series is called Nadi Sodana, which is translated as nerve cleansing because of the focus on backbend asanas. Backbends promote a supple spine and further open the Nadis, allowing Prana to flow even more freely.

I think that taking on an Ashtanga has contributed massively to my overall practice. My stamina and endurance have improved dramatically, and I feel no need to do any other cardio exercises. It is so well choreographed that previous asanas prepare you for upcoming ones. It forces you to confront obstacles through repetition. Let me give you an example: Marichiasana D is an incredibly deep reverse twist in Ardha Padmasana. Within the first three years of my practice, I’d confronted this asana once, maybe twice. I’d resigned myself to the realisation that I’d never come close to completing the bind, giving myself the excuse that my body proportions weren’t conducive to binding. Through repetitively confronting this asana again and again, and because Marichiasana D is preceded by A, B and C, progressively opening the twists, I’ve been able to achieve assisted binds, and eventually unassisted binds.